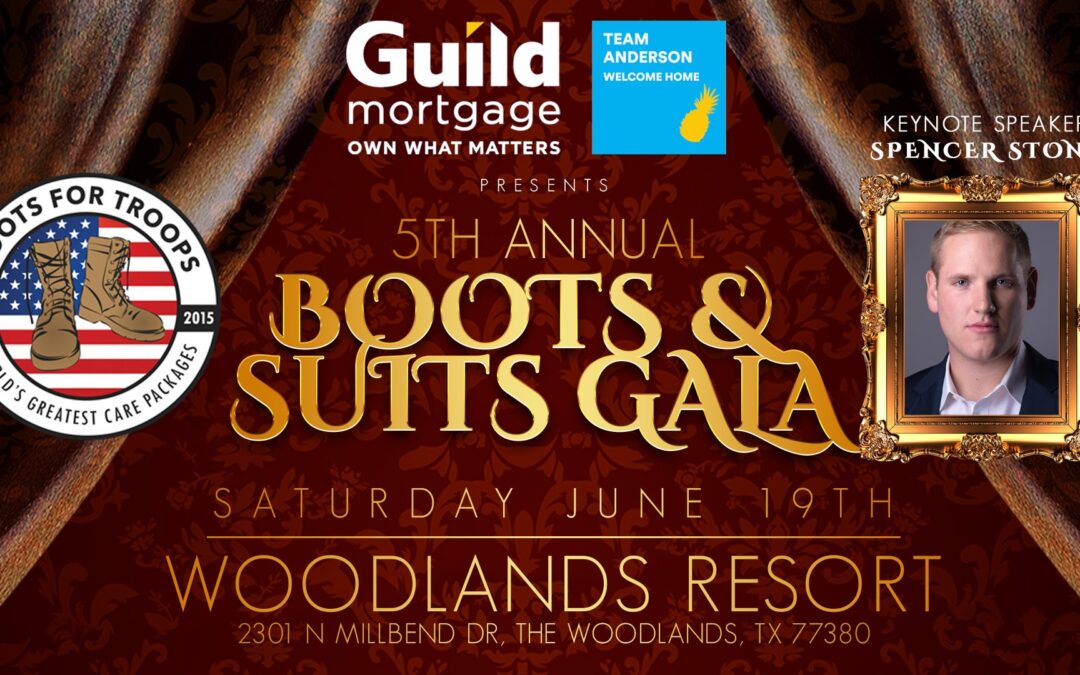 Join us for a grand event that benefits Boots For Troops programs! The 5th Annual Boots & Suits Gala will feature keynote speaker Spencer Stone.Spencer John Stone is an American actor, writer and former United States Air Force staff sergeant In August 2015, Stone, along with American friends Alek Skarlatos and Anthony Sadler and three other passengers, as well as an off-duty conductor, were traveling from Amsterdam on a high speed, Paris-bound train and disarmed and subdued a solitary, heavily armed Moroccan terrorist. Three days later, French President Francois Hollande awarded Stone, Sadler, and Skarlatos, as well as British citizen Chris Norman, the Legion of Honor. Stone was recognized by U.S. Ambassador to France Jane D. Hartley for “his actions in saving countless lives” and by U.S. President Barack Obama, with a ceremony held at The Pentagon to honor the trio. For his bravery, Stone was awarded the Airman’s Medal and a Purple Heart.Stone’s story was turned into a movie by famous Director Clint Eastwood. The movie is called The 15:17 To Paris.