Boots For Troops To Announce Concert in the Country Headliner Monday July 22nd. 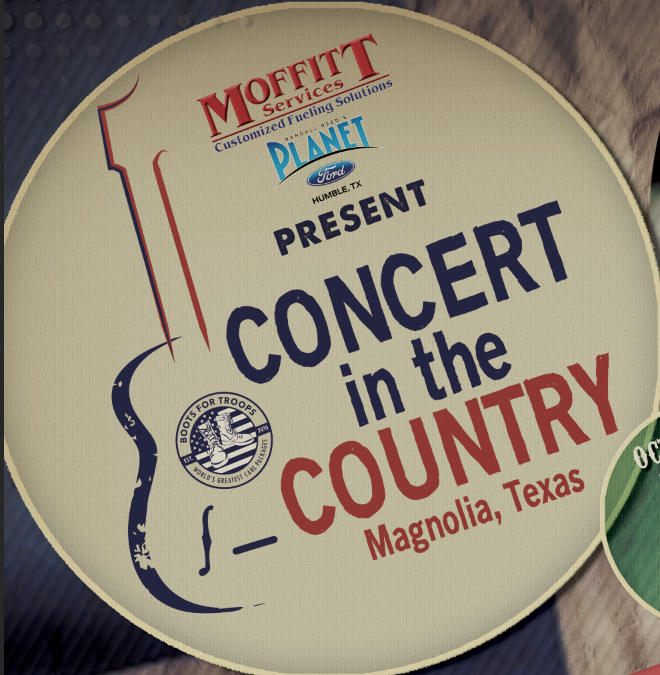 It is finally here! Monday July 22nd Boots For Troops will be releasing the full 2019 Concert in the Country line-up presented by Planet Ford, Humble and Moffitt Services. The line-up release will happen LIVE on 99.7 KSTAR Country around 9:30AM. Boots For Troops invites everyone to tune in to hear the big news. You can also follow Boots For Troops social media to find out who the headliner will be.

This years country music superstar has been locked in since March, but due to radius clauses in the his contract, the release of the headliners name has been delayed until this Monday. “This will be the best headliner we’ve ever had, and really the best overall line-up we’ve ever had” said Jimmy Rogers, Boots For Troops President.

Over the past 3 years Boots For Troops Concert in the Country has raised over $100,000 for Boots For Troops programs. Helping put smiles on the faces of service members all around the world with their custom care package program. Concert in the Country has also helped fly 82 service members to be with their families for the holidays. This year Boots For Troops expects it’s largest crowd to date, hoping for an attendance of 2,500-3,000 patrons. All ticket sales benefit the organization. Added features this year include six entertainers, elite ticket packages, a BBQ cook-off, more shopping vendors, festive foods, cornhole and other activities. The gates for the event will also open at 12PM, which is much earlier than years past.

If you plan on enjoying Concert in the Countries elite and unique VIP experience make sure to grab your tickets early at Eventbrite.com. Tickets will be available at 9:30AM on Monday July 22nd.