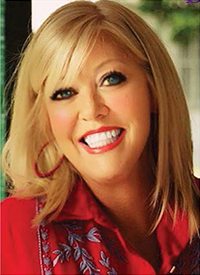 How long have you been with Halford Busby?

In 2005, Esther Halford and a partner founded Halford Busby, LLC. Three years later in 2008, Esther became the sole owner and tripled the company’s size that now houses a staff of nine employees.

What is your position/role at Halford Busby and what do you do daily?

Esther is the Owner & President – CEO of Halford Busby. Esther focuses on the strategic growth of her business, making financial and operational decisions to continue the organization’s growth.

What are some guiding principles or values you used to make your decision to get involved with Boots For Troops?

Esther has known Jimmy, the Boots For Troops founder, since their younger days. She saw him growing up, enlist in the Navy and then return home after his military service. She saw Jimmy  flourish and even watched him start this organization.

The personal connection with Jimmy certainly weighed in on Esther’s decision to support Boots for Troops, but truly the fact that the organization supports U.S. military was a critical element.

What is your affiliation with the military?

Esther’s father, grandfathers and great grandfathers all served in the military. Esther recalls that her dad served as a paratrooper in the Korean War.

“I’m passionate about caring for our soldiers and veterans. I think they often are overlooked and yet there’s a big need to care for these individuals. They leave their families and friends to fight wars and protect our liberties without asking for much in return. I can’t imagine all that our service men and women experience as they put themselves in harm’s way. Boots for Troops is absolutely the most wonderful thing to get involve in and show our military our gratitude.”

“I love that Boots for Troops helps us put together care packages to brighten our soldiers’ days. It lets them know they are remembered no matter where they are deployed.”

What is your favorite thing about the organization?

I love seeing the number of people who volunteer to put together the care packages. Seeing the people volunteer and support our troops is really heart-warming.

What is your contribution to the organization as a whole?

Through my company Halford Busby, I’ve sponsored the Boots for Troops events and promote the events on social media in hopes of sharing the good things this organization is doing. If I can help garner more support and gratitude for our soldiers, I’m going to get behind that. I’m also a monthly donor.

I also really try to support and encourage Jimmy whenever I can. Every leader needs someone to bounce ideas off of and to cheer him or her on. I’m really proud of all that Jimmy has done for Boots for Troops and want to continue supporting him and the organization.

What would you like to see this organization do in the community that we don’t already do?

I think branching off into other communities and growing larger would be ideal. There are so many soldiers who may feel lonely during their deployment and still others who return home and need ongoing support. I think there is still tremendous work to do in order to show our appreciation to these men and women.

What difference would you like to make on the organization?

I look forward to getting more involved in Boots for Troops and to continue my financial support.